Joseph E. Bonadiman & Associates, Inc. has been dedicated to not only superior professional Civil Engineering & Land Surveying services, but also to its clients.

JBA has provided professional Civil Engineering and Land Surveying services to Southern California since 1941. For over three generations, we have had unparalleled success in residential and commercial development (including Master Plans), public works, hydrology and hydraulics (including Master Drainage Plans), aerial and field surveying and base mapping, feasibility analyses, Geographic Information Systems (GIS), expert witness consulting, and forensic engineering.

Examples of our major accomplishments include the following: 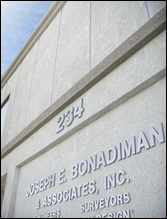 Joseph E. Bonadiman, P.E, founded JBA in 1941. For half a century, Mr. Bonadiman cleared the way for homes, factories, airports, parks, and schools and numbered the design of the Ontario International Airport and other massive development projects among his professional successes.

Mr. Bonadiman served the community as a member of the San Bernardino County Air Pollution Control District and chairman of the San Bernardino Valley Municipal Water District (SBVMWD). As a charter member of the California Society of Professional Engineers, Los Angeles Chapter, he was a Privileged Member of that society and earned the Community Service Award from the American Society of Civil Engineers (ASCE).
Joseph E. Bonadiman, P.E.

Mr. Bonadiman’s son, Joseph S.C. Bonadiman, P.E., became President of the firm in 1979. Under his direction, JBA formed its sister company, CivilDesign® Corporation, and developed the CIVILCADD® suite of Civil Engineering software applications. In 1985, Dennis W. Jackson, P.E. joined the firm and expanded CivilDesign’s development efforts to include the hydrology and hydraulics applications that have become industry standards and are used by hundreds of professionals in the public as well as private sectors.

Joseph S.C. Bonadiman’s son, Edward J. Bonadiman, P.L.S., became President of JBA in 2006. His leadership has allowed the firm to include various new and emergent technologies in its portfolio, such as geospatial analysis and three-dimensional hydrology, and hydraulics modeling. Even with these advancements, however, the firm has not lost focus on the core competencies that have been instrumental to its success. In an ever-evolving industry, JBA has remained true to its original mission: superior service and an unwavering dedication to its clients. 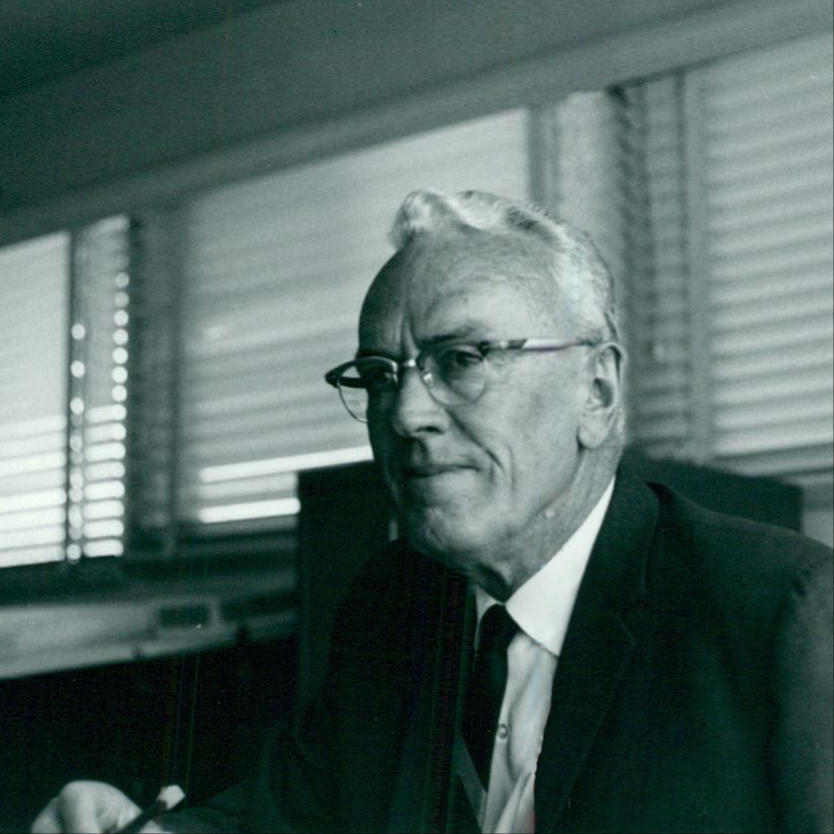 Our employees bring their own personal expertise, qualifications, and creative approach to each project and augment the solid foundation of our firm’s experience. Our project team members are carefully selected based on their diverse individual abilities, in order to provide the best task-to-talent match to meet the specific needs of our clients.

Strong and effective project management is the key to good communication and the ultimately successful completion of any project. JBA understands the vital importance of diligent management of application/submittal deadlines, budgetary constraints, review meetings with public agencies, and the acquisition of permits.

As such, we have implemented various project management protocols to guarantee the efficiency and cost-effectiveness of our projects. These protocols include, as appropriate, single-source contacts between client and JBA personnel, dedicated Quality Assurance/Control and Project Oversight personnel, utilization of enterprise-level project management software and dedicated project intranets/FTPs, document control to track applications, submittals, and revisions, and meetings coordination to keep our clients as well-informed as possible.

Our company focus has always been and will continue to be, our clients. JBA is proud to have a long history of repeat work partnerships with its diverse group of clients. We believe that this is due to our ability to meet the needs of our clients regardless of the size of the project. As such, our portfolio of work ranges from single-lot surveys to 1,200-lot subdivisions and master plan developments.

JBA’s excellent professional relationships with various public agencies and municipalities throughout Southern California have continued to be essential to the success of our firm’s projects. Throughout the last six decades, these relationships have been fostered in three primary ways:

Successful Public Works Projects
JBA has a firm commitment to serving the needs of municipal agencies throughout Southern California. We have completed numerous successful public works projects working closely with public agencies, and these projects have led to long-standing contacts and relationships. A select list of our Public Agency References can be found here.

Consulting Engineer Services
Throughout the years, many JBA personnel have served as Consulting Engineers for municipalities and/or have held Civil Engineering positions at public agencies in the past. These experiences have given our staff an intimate understanding of the inner workings of public works engineering, and have led to close relationships with public agency staff.

Software Development & Support
JBA’s sister corporation, CivilDesign®, has been involved in the development of hydrology and hydraulics software for over two decades. Our software has been approved for use in hydrology/hydraulics studies by the counties of San Bernardino, Riverside, Orange, San Diego, Kern, and Los Angeles, CalTrans, and FEMA. These agencies also actively use our software, which we provide them at a reduced charge, in addition to free technical support. As a result, our software development helps us continue our active working relationships with these agencies.

The Civil Engineering and Land Surveying industries are reliant upon cutting-edge technology to continually advance the accuracy and efficiency of professional engineers and surveyors. As such, JBA has made every effort to implement all emergent technologies. Our design staff utilizes the latest versions of all industry-standard design software, including AutoDesk’s Land Development Desktop/Civil 3D suite of design software, ESRI’s ArcGIS applications and extensions, The U.S. Army Corps of Engineers HEC-RAS/HEC-6 applications, and the FLO-2D floodplain analysis application. Our survey department is equally well equipped, utilizing the most advanced total stations, electronic levels, and GPS systems available on the market.

Our in-house sister software development company, CivilDesign® Corporation, provides JBA with a comprehensive suite of hydrology/hydraulics applications that are considered by many to be industry-standard. Many of JBA’s water resources engineers have also been involved in the actual development of these applications and routinely assist other firms and public agencies nationwide regarding the effective use of the software.